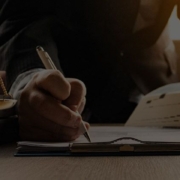 The individuals in Mississippi who are in the most danger from large truck accidents are the drivers and passengers of smaller vehicles. Whether or not car drivers are taking every precaution while driving, they are susceptible to being injured if the operator of the truck is distracted or driving while impaired by alcohol or drugs. Because of the vast differences in the size of the vehicles, there is a higher chance that serious injuries or death will occur.

For individuals whose passenger vehicle is involved in a crash with a large truck, they should immediately contact emergency services and request medical assistance for the injured. If it is possible and safe, they should move their vehicle on the side of the road so that it will not be in the path of oncoming traffic.

Flares and other road hazard signaling paraphernalia should be used to warn other drivers that a crash has occurred. Orange reflective triangles may be used as well as vehicle hazard lights.

Local or state police should be contacted so that they can make sure that the scene is safe. They will also take an incident report that may have a significant role in any lawsuits that are filed in the future related to the crash.

Obtaining and providing contact and insurance details with all of the parties involved in the accident is another critical step to take. The information is needed if an insurance claim has to be filed and if the case has to be brought before the court.

A personal injury attorney may assist clients with pursuing financial damages against the parties whose negligent actions were responsible for the truck accidents that resulted in injuries. The operators of large commercial trucks may be held liable for head-on collisions caused by distracted, drunk or drowsy driving.

It was probably a heart-wrenching decision to put your elderly parent in a nursing home. It can be difficult to trust others to care for your loved one, but the care your parent needs had become too much for you to manage on your own. However, like many other Mississippi residents, you may have concerns over whether your loved one is receiving the highest level of care. What if he or she is being abused or neglected?

Sadly, elder abuse is all too common and ranges from the mistreatment of seniors at the hands of their own relatives to staff in nursing homes inflicting harm. Your gut feeling may be saying that your parent’s caregivers are not treating him or her well. When you feel this way, it is important to listen. The following signs may be indicators of abuse or neglect:

Your parents deserve dignified and respectful treatment during their final years. There are plenty of nursing and hospice facilities with staff that is caring, efficient and professional, which can give you peace of mind that your loved one will be well taken care of. If you lack this peace of mind, it is a good idea to investigate, pay attention to your gut feelings and ask the questions that can lead you to finding quality care for your aging parent.

The researchers reviewed data from 2.3 million Americans with ADHD from 2005 to 2014. They also looked at a control group of people who were age- and gender-matched who did not have the disorder. Regardless of whether or not the people with ADHD took their prescribed medications, they were likelier to be involved in car accidents than the people who were in the control group.

When people who have ADHD fail to take their medications as prescribed and cause accidents because of distracted drive, the injured victims might be able to hold them liable in subsequent personal injury lawsuits. By filing lawsuits, the victims may be able to recover damages so that they can be compensated for their economic and noneconomic harms. Personal injury lawyers may investigate the claims so that they can present strong cases for their clients.

Drivers in Mississippi will want to exercise more caution around areas where wildlife is present. The reason is that with the shorter days after the clocks were turned back, wildlife may be harder to spot on the roadside. Bears will appear in search of food before hibernation, and deer will be up and around since autumn is their peak mating season. Wildlife is commonly most active between dusk and dawn.

Experts say that drivers should be on the lookout for the signs posted by transportation authorities. When traveling through areas where wildlife is present, drivers should moderate their speed so as to shorten their braking time, and when they do spot wildlife on the road, they should stop and honk their horn or flash their headlights. This will keep the animals from crossing and alert other drivers. Wildlife can usually be spotted through movements and their shining eyes. When drivers see one wild animal, they can expect others to be in tow. Drivers can reduce the risk for serious injuries and death by half as long as they wear their seat belts.

Unfortunately, collisions are still common across the U.S. For instance, the Colorado Department of Transportation receives an average of 3,300 wildlife collision reports each year, with November always providing the highest numbers. Vehicle damage costs resulting from these accidents average over $3,400.

Even worse is when wildlife indirectly causes a car accident between two or more vehicles. In such cases, human negligence may be to blame, so victims might want to see a lawyer to determine if they have a valid personal injury claim. The lawyer will likely hire investigators, photographers, and other experts to survey the accident scene and recreate the collision through police reports and other evidence. Counsel could can then negotiate for an informal settlement with the other driver’s insurance company.